Kassia St Clair is an author, design and culture writer based in London. Her first book, The Secret Lives of Colour, was Radio 4′s Book of the Week, and is being translated into eight other languages. She is a regular contributor to radio shows including NPR’s Marketplace and Radio 4.

Your book, The Secret Life of Colours, has just been published in the US, and you have a second one on the way. Can you tell us about them?

The Secret Lives of Colour was my first book, and no matter how much other kinds of writing you've done, there's something very magical about publishing your first book. The essential idea is that it's an exploration of 75 different dyes, hues and pigments. It's pretty informal, I've treated each shade like a sort of character sketch, just to give the reader the most interesting (to me, anyway) facts.

The Golden Thread, my second book, is perhaps a little more ambitious. Again the idea is that it is a collection of essays -- this time about fabrics -- but they are rather longer than the ones in the colour book, and a bit more exploratory, taking the reader from the linen found in the tombs of ancient Egypt to the woolen sails on board Viking ships and even into outer space via the Apollo 11 spacesuits. 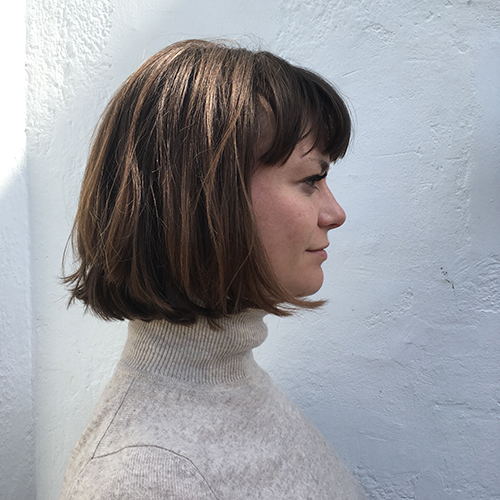 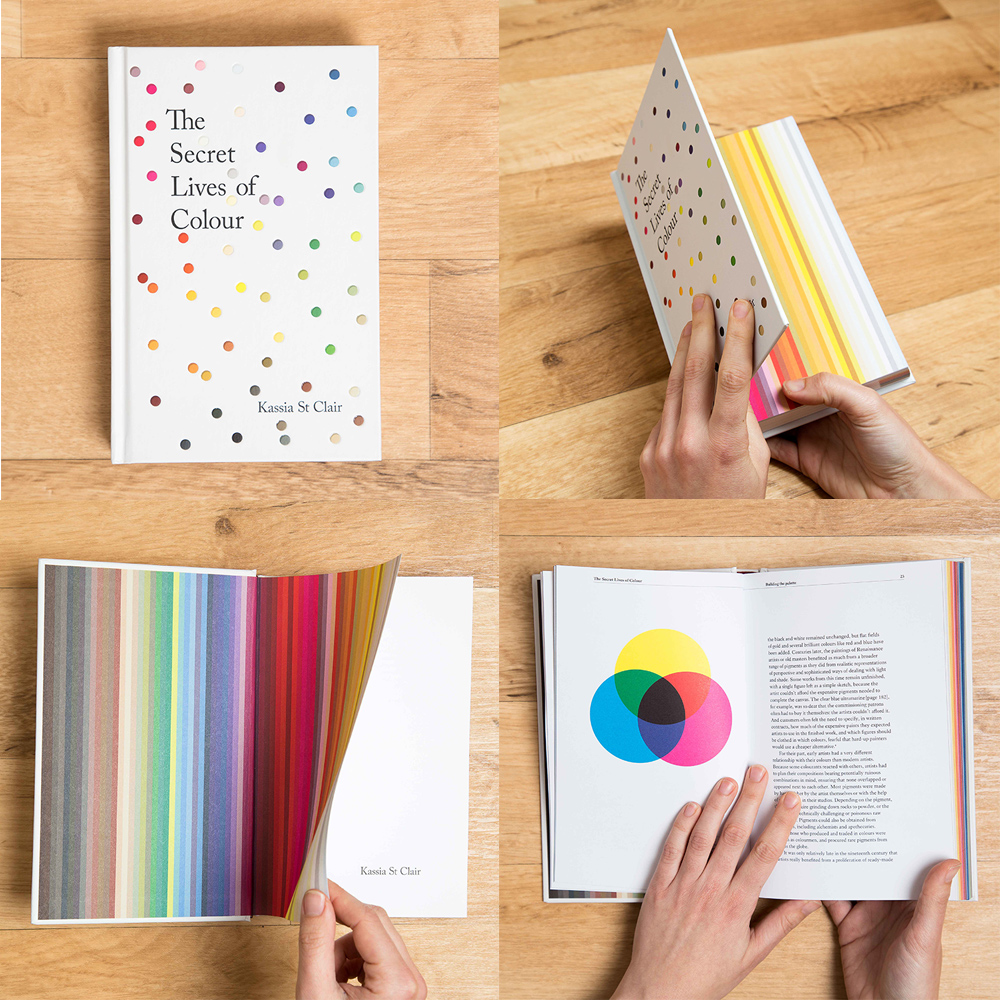 What is your earliest colour memory?

My mother was a florist, and I do have early memories of being allowed to make little posies at her shop with discarded blooms after school. I loved that.

Every colour tells a story in The Secret Life of Colours. Do you have any favourites?

Mummy brown is probably the most fun colour story to tell -- it's all about a pigmet made from, you guessed it, mummmified human remains -- but perhaps not the most attractive colour. The colour story I reach for most often when trying to explain the book and persuade people of the magic of colour is the one behind ultramarine. This is the queen of blues: beloved by Renaissance artists, more expensive at times than gold, and transported all the way to Europe from a single mine in north-eastern Afghanistan. 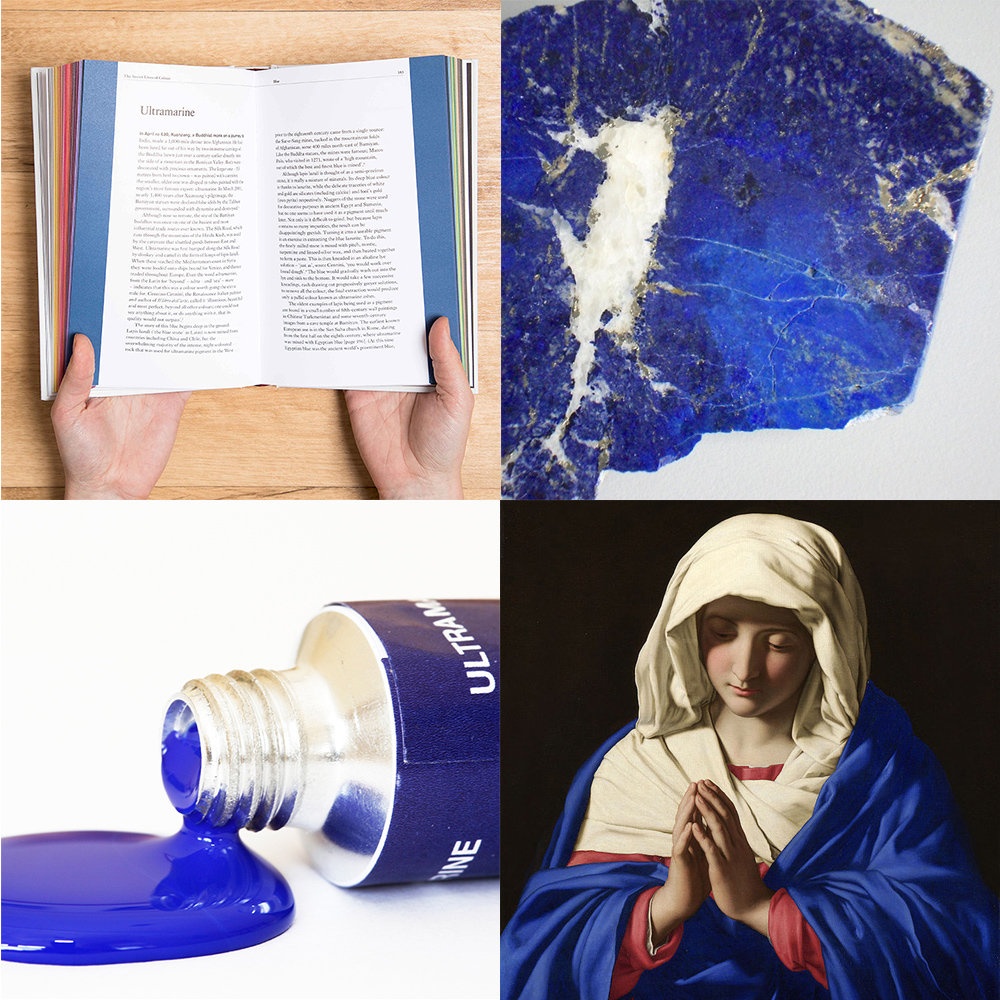 What do you think it is about colour that captivates and excites people?

Colours can inspire strong emotions in people and they also go through trend cycles, so that some colours or combinations of colours feel fresh and exciting one year and dated the next. I also think that the fact that people have gone to such lengths to create colour is fascinating to people. It's so easy now to get your hands on a rainbow of hues, whether that's in interiors or in your clothes. That hasn't always been the case and I think people like hearing about that.

How does colour make you feel?

Of course it depends on the colour and on the context. Sometimes it feels really energising to be surrounded by strong hues, but at other times you might crave something richer or more neutral. I would never want to live in an all-white space (or an-all black one for that matter), but that's entirely personal.

How much has colour made its way into your wardrobe?

I've become a lot more conscious of this since writing the book. I think like a lot of people I have tended to buy more black clothes than I strictly need, but now that I spend more time talking about colour I try harder to buy other colours and to experiment more. (When I was on Saturday Live Aasmar Mir laughed at me for wearing a black polo neck!) Since I went freelance I wear a lot more denim than I used to, so that's something. 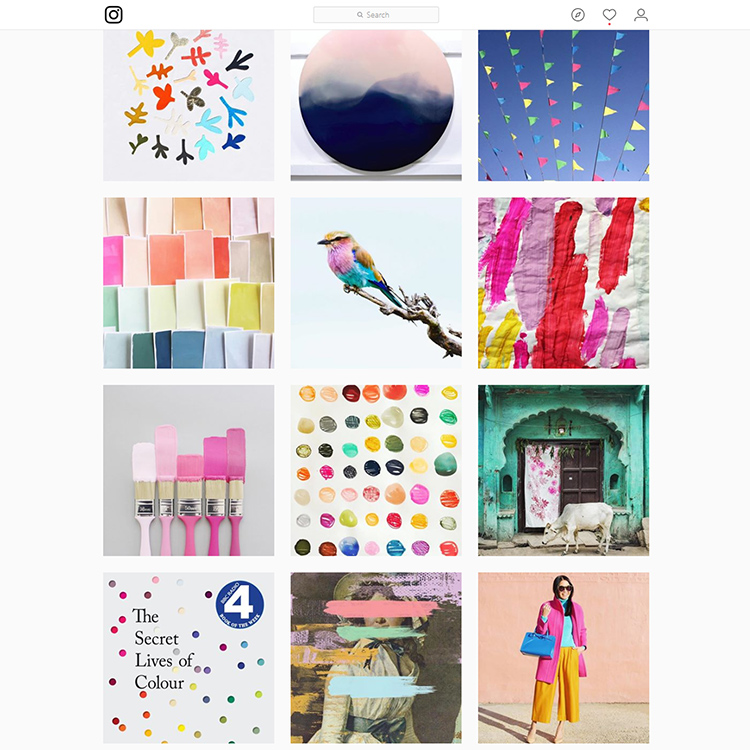 Is there any colour you particularly dislike?

Before I started writing it, I was very nervous about writing the brown chapter. I had preconceptions about the brown shades being boring, but I couldn't have been more wrong. Mummy brown was a delight to write, so was taupe. Lots of people have asked me about khaki since the book has been published, and although it hasn't received as much attention I really enjoyed learning about sepia, too.

Have your every had your colours analysed?

Never! I'm curious, but I have a natural inclination against rules, and what would happen if I was told that my favourites didn't suit me at all?

Has your favourite colour changed as you’ve got older?

Yes. Over the years -- like many women I think -- I've had a bit of a love/hate relationship with pink. I'm definitely embracing it at the moment. 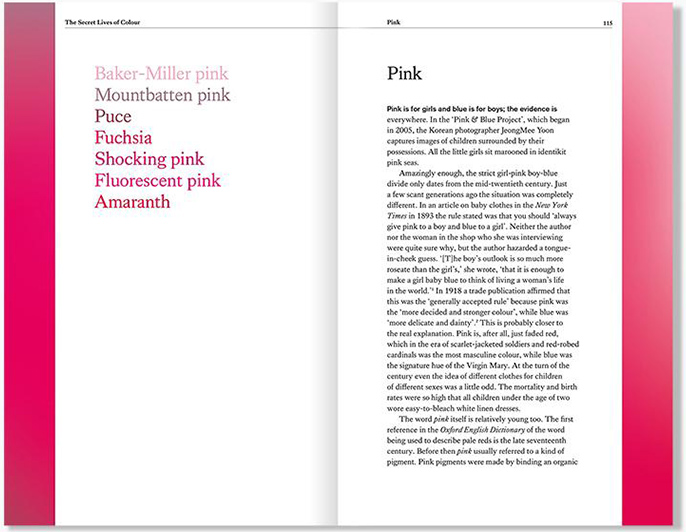