The need-to-know on knitwear 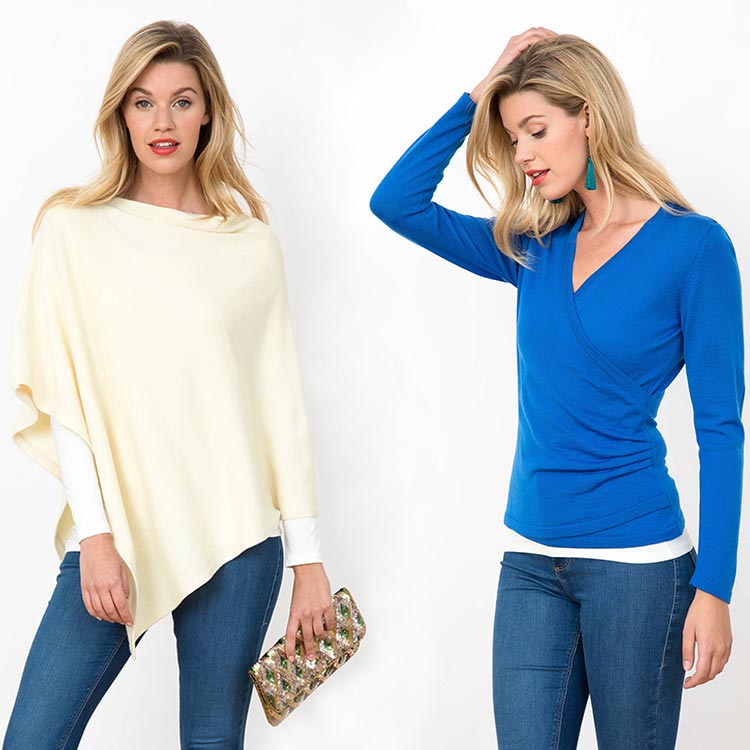 It’s finally feeling convincingly like autumn after September’s last ditch attempts to hang onto summer, which can mean only one thing; bring on the knitwear.

Because we’ve introduced so many new knitwear styles this season, in a range of weights and textures, I’ve put together a quick run down of our new styles and which body shapes we know they look amazing on. Don’t be afraid to try something even if we haven’t mentioned your body shape though – your unique personal style will always triumph over your measurements, so be sure to try out all the styles that you love, not just the ones that we’ve suggested for your shape.

A brief colour note, before I delve into each of the styles; our merino yarn takes dye extremely well, so the colour saturation is always incredible in our knitwear. We absolutely adore the richness of the colours we are able to obtain, whether it’s bold Carmine or vibrant Indian Ochre. The subtle sheen of merino wool, smoother than almost any other wool, also adds an expensive air to pale tints like Ice Blue and Popcorn. 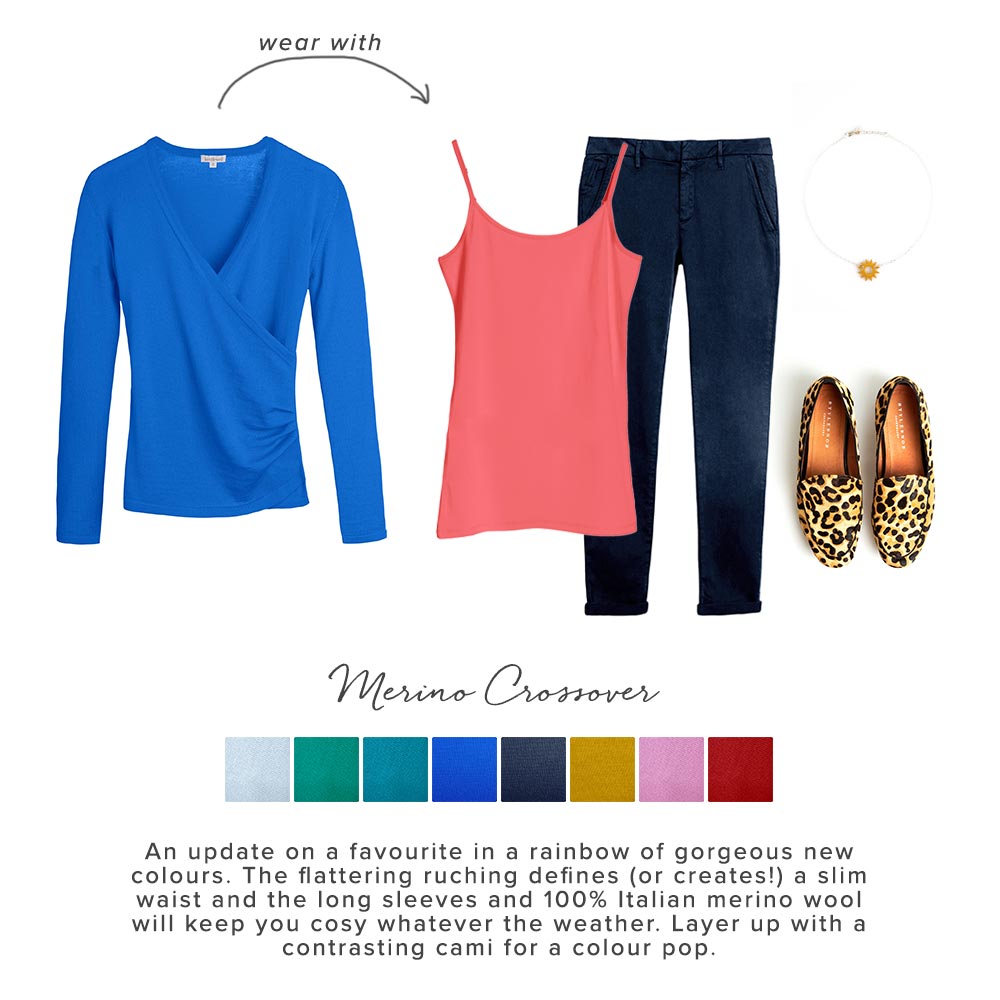 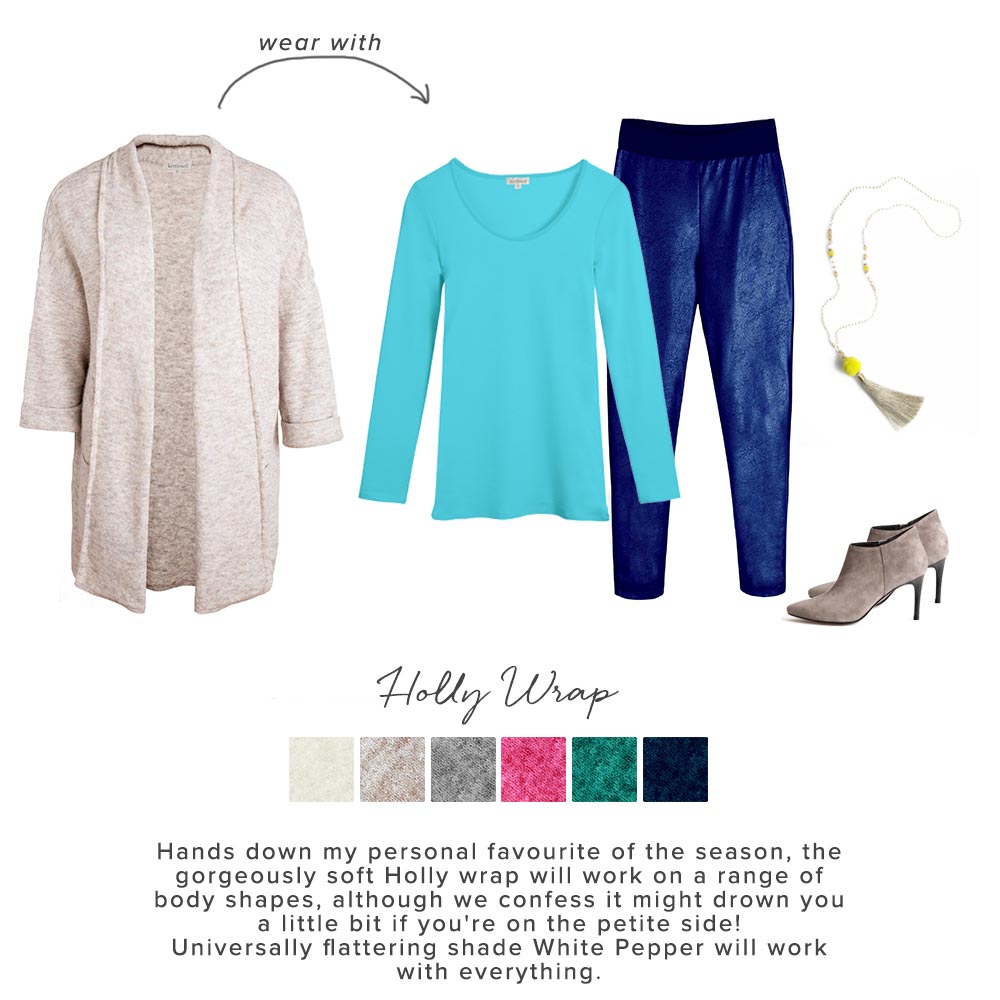 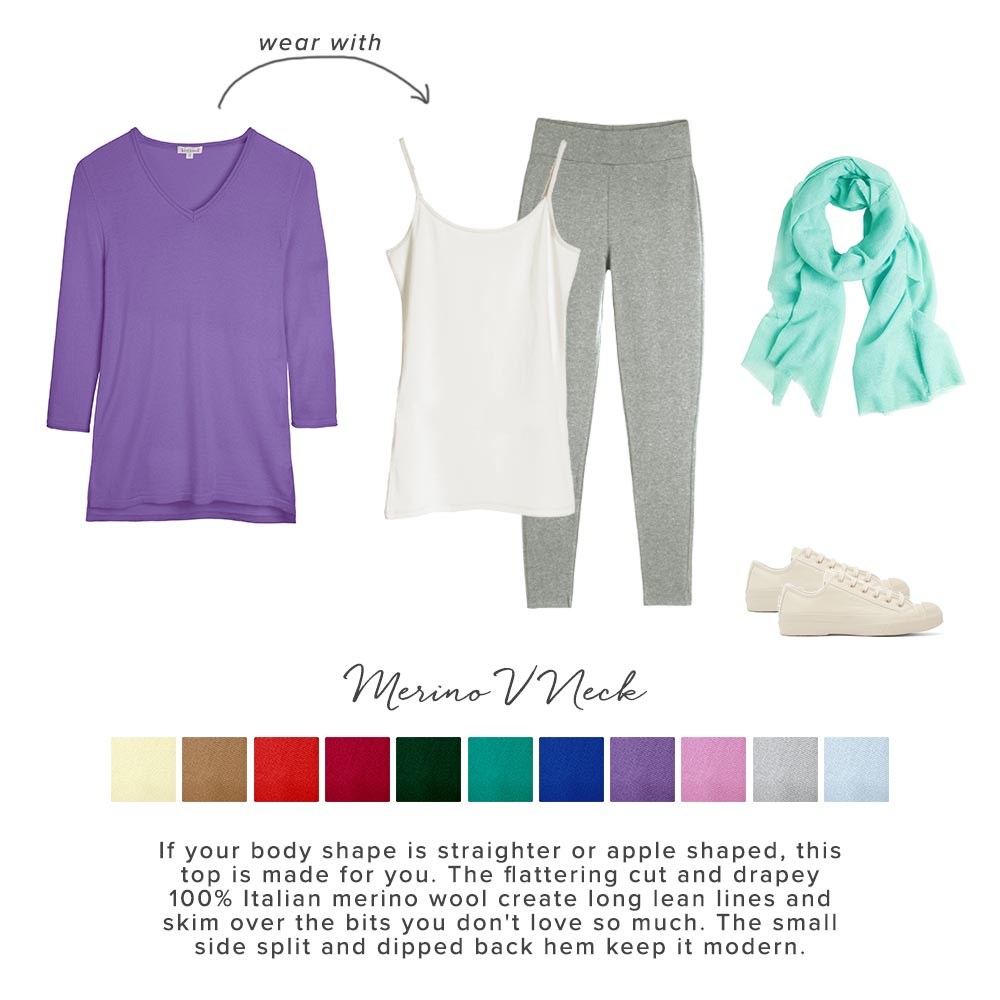 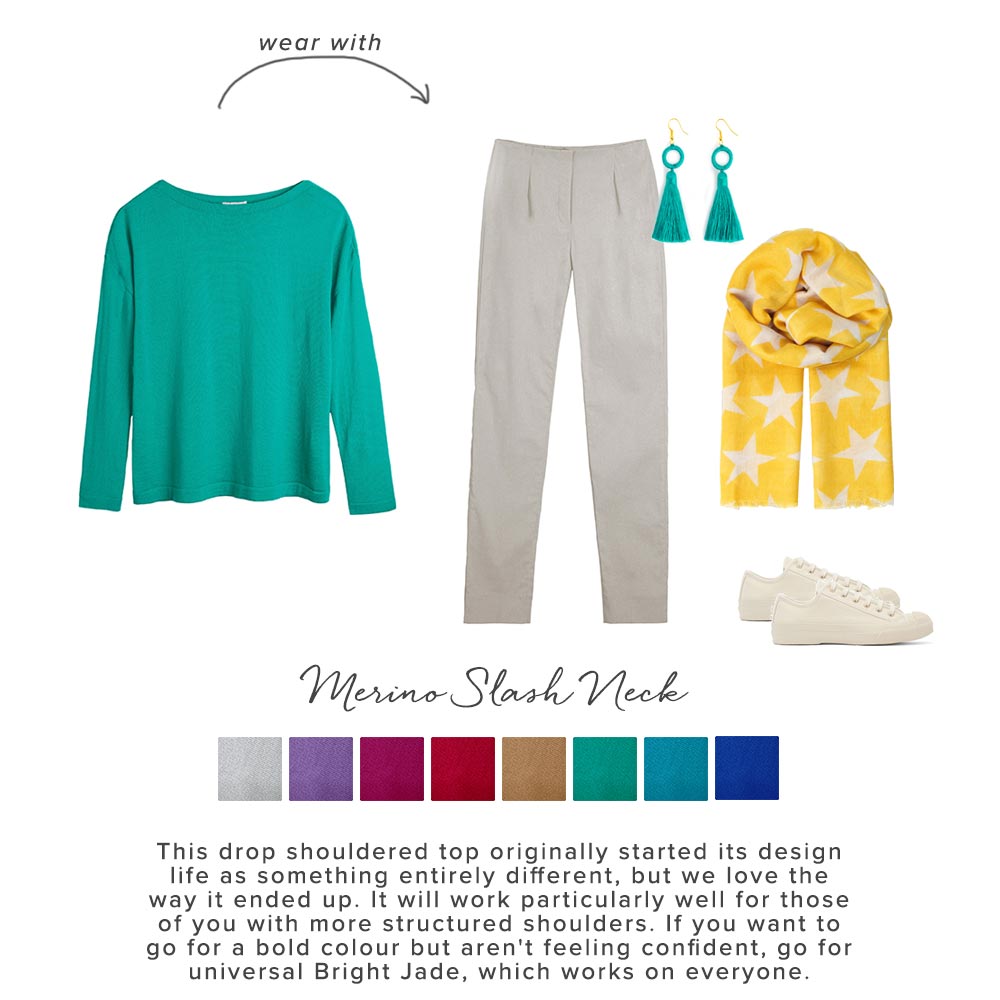 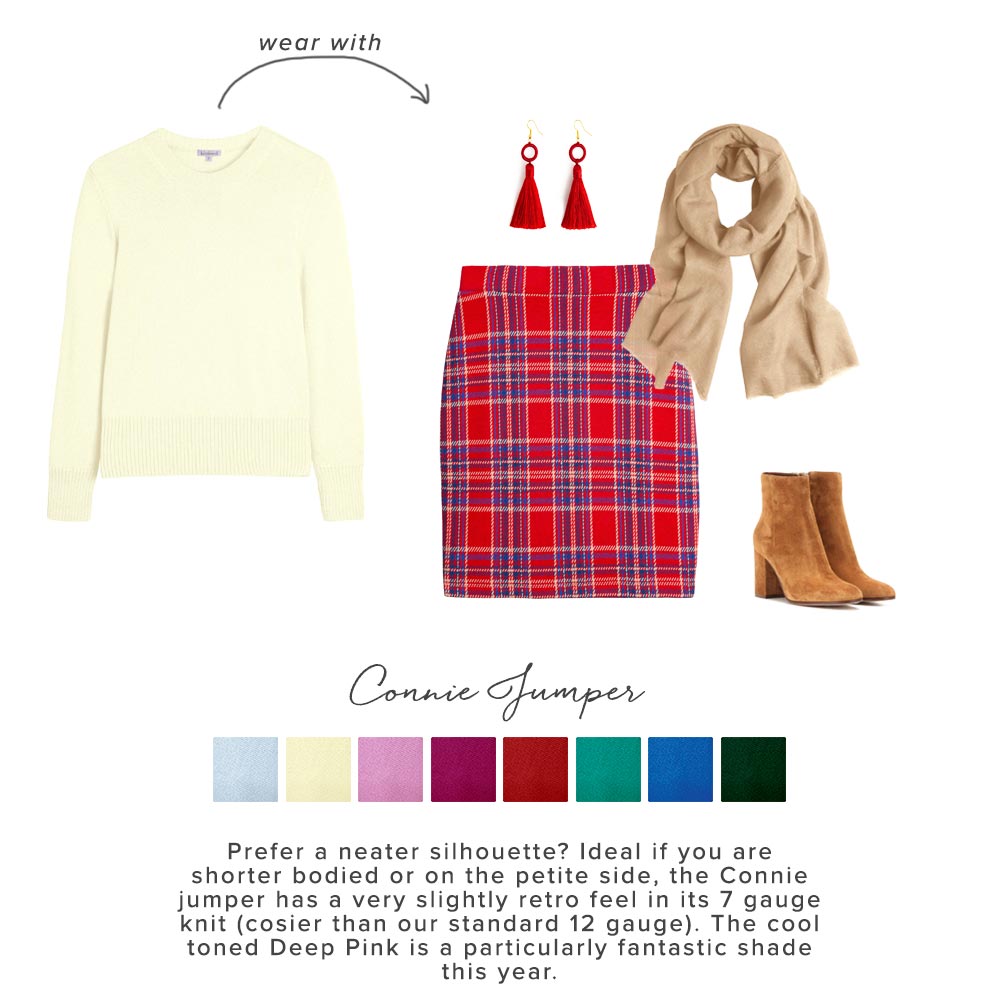 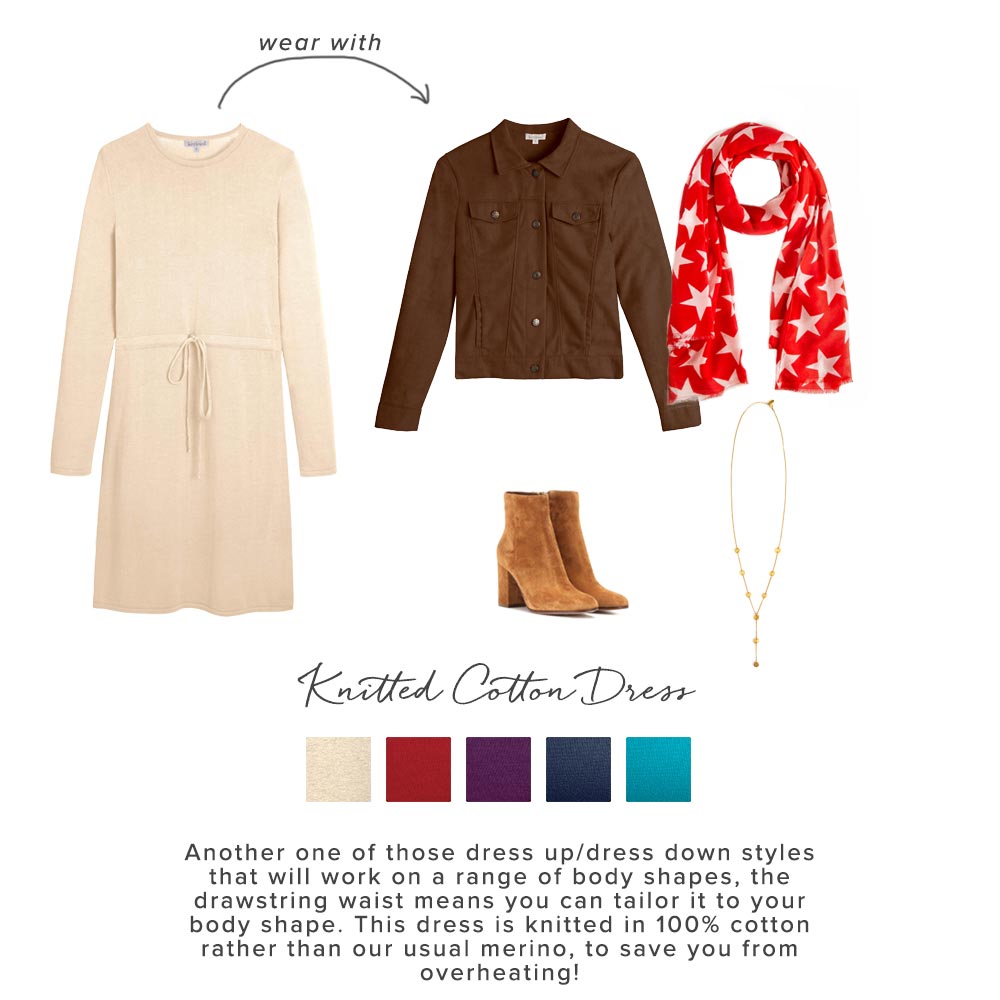 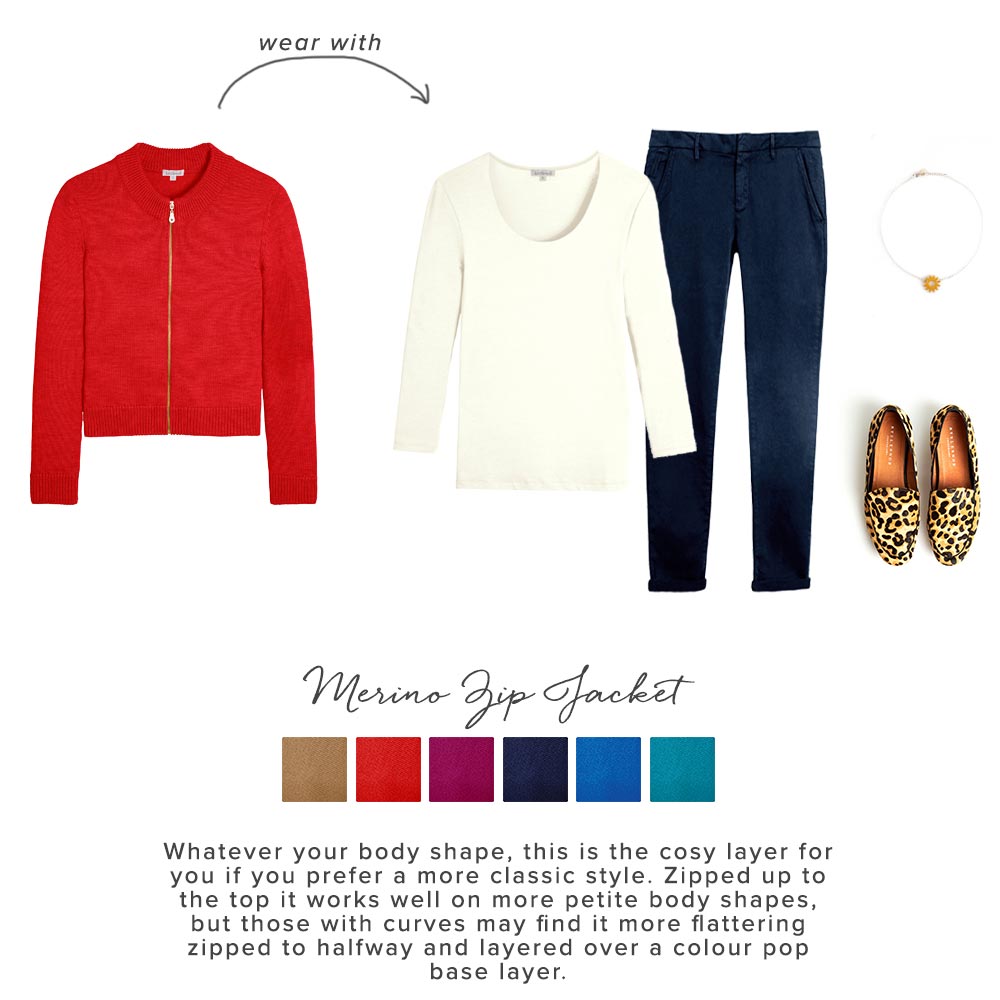 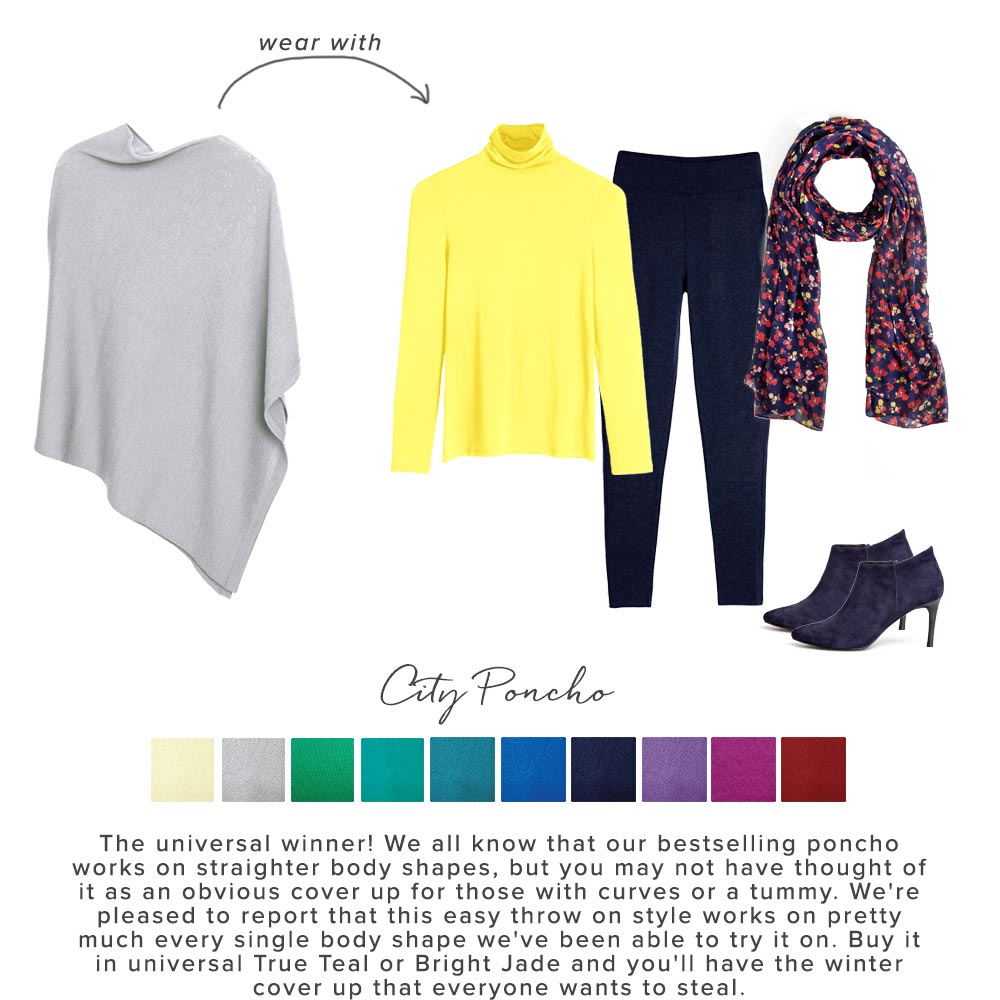 More, please! This is so very helpful as I often struggle to put together items to make an outfit from the Look Book and Colour Combinations.- this article had me jumping for glee particularly as my wardrobe is 80% Kettlewell (check my account!!). I am a Petite light bright Spring.

Hi I’m looking for a pink high neck sleeveless vest top that can be worn underneath a low dress. You had them 2 weeks ago but I can’t find it now. Can you help ?

Kettlewell Colours: Do you mean the Sleeveless Mock Turtle? https://www.kettlewellcolours.co.uk/products/vest-camisoles/item/sleeveless-mock-turtle