Nautical but nice - the breton 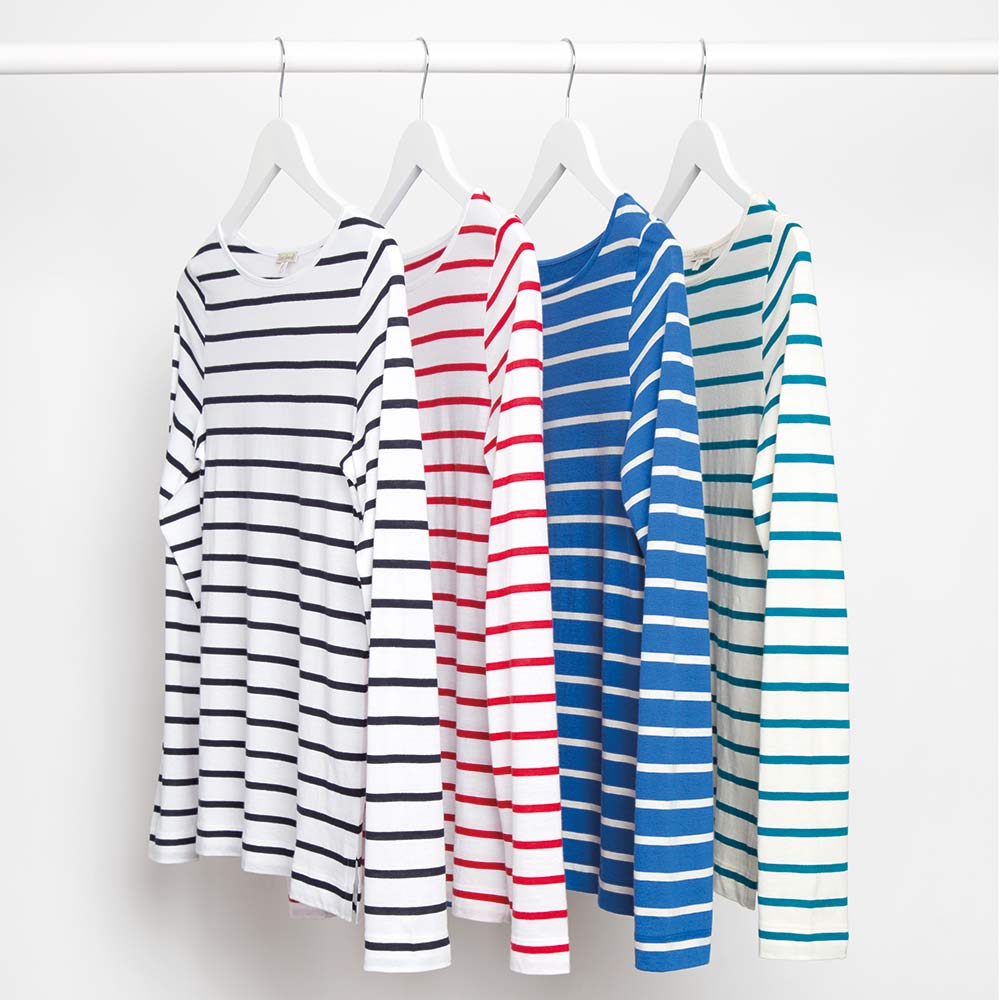 Bretons are a mainstay of many a wardrobe. Smartened up with a blazer and skirt or thrown on with denim shorts, they are the ultimate dress-up-dress-down style staple. But have you ever wondered where this wardrobe cornerstone originated?

Bretons have been a fashion classic since Coco Chanel introduced them a full century ago in her 1917 nautical collection, but did you know that their heritage runs even further back? In 1858 they were introduced by decree as part of the French naval uniform, and Chanel was inspired by the smart look sported by the sailors on a trip to the French coast. 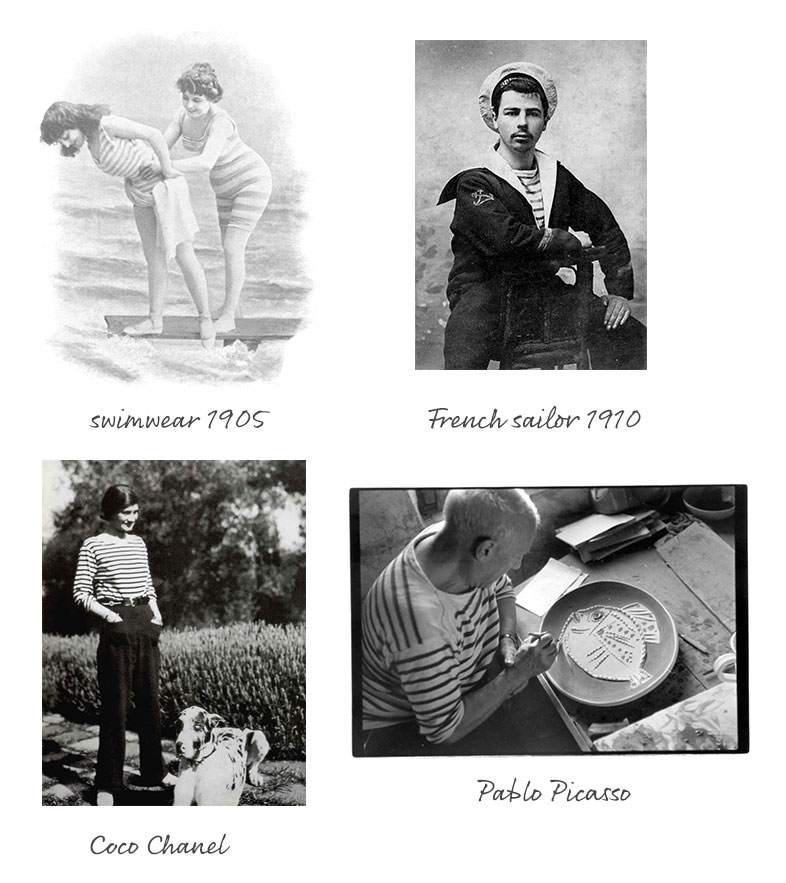 The original naval breton stripe was a strictly regimented affair - the breton was intended to be long enough to cover the lower back of the sailor, fitted enough not to get caught on rigging, and the stripes were a strict 2cm of white to 1cm of blue (and if the use of centimetres in the 19th Century seems strange, consider that the French actually started using the metric system in the 1790s, and it was adopted by the country as a whole in 1837. Ahead of the game in more than just style staples).

The breton has been sported by everyone from Chanel herself to Audrey Hepburn and Ginger Rogers. In more modern times it was revolutionised by Jean Paul Gaultier, and has been popularised by fashion icons such as Alexa Chung and Olivia Palermo, and the Duchess of Cambridge frequently turns to a classic breton and jeans outfit for less formal engagements. We've collected images of famous breton wearers over on our 'Nautical but nice' Pinterest board, click image to view. 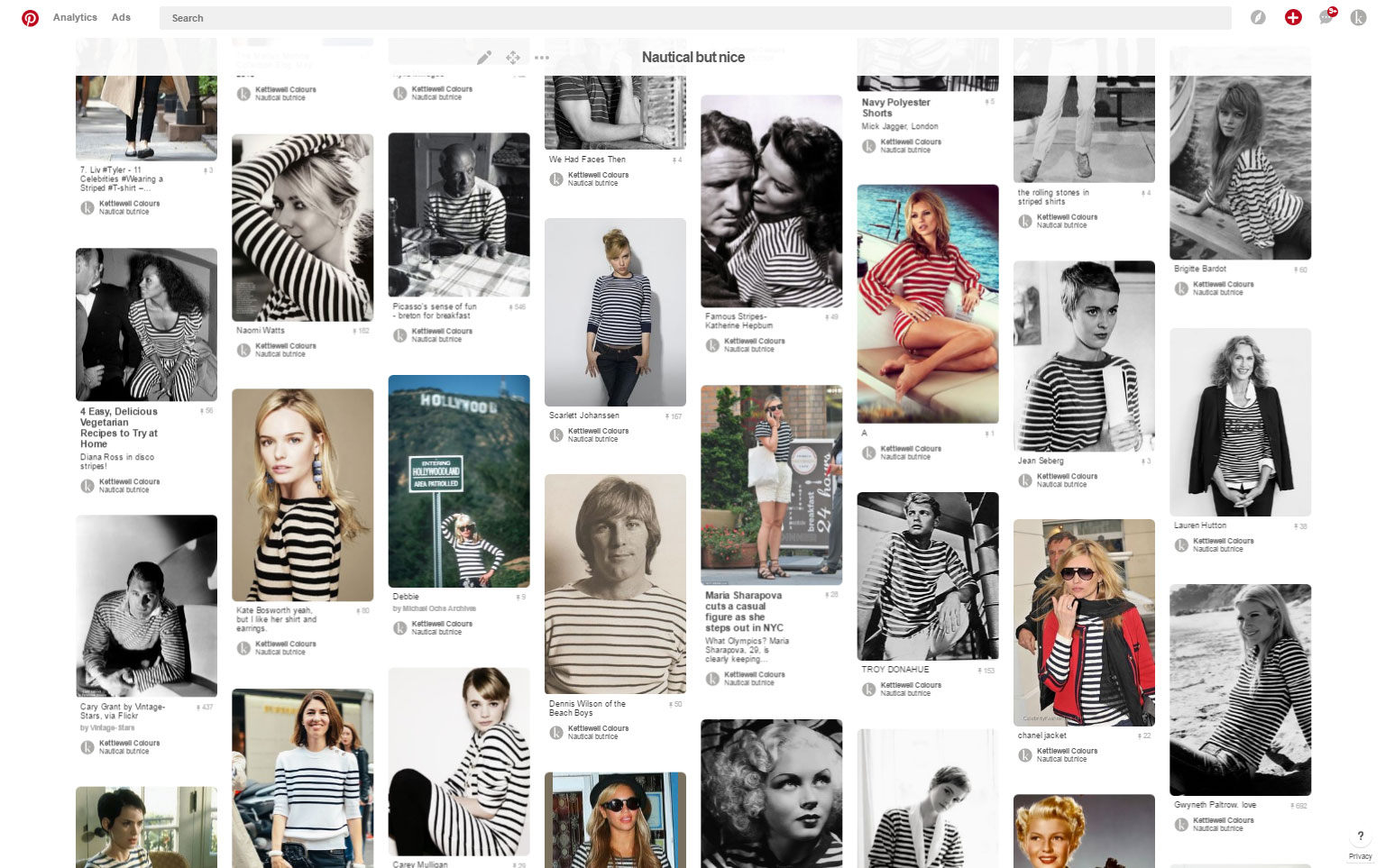 Of course, the breton in 2017 is every bit the style solution is was in 1917. A few twists and tweaks, and it still has all the fresh nautical appeal of the original, with added wearability. Kettlewell's version has a slight change on the stripe width, and comes in four flattering colours, so if navy and white isn't your best look, there's still an option that looks amazing on you. And if you love the breton stripes but feel the need to wear something other than a striped tee occasionally (I suppose it's possible that this might theoretically happen to some of you) then look no further than the maxi dress, which carries the same classic-but-insoucient look of the original breton, brought right up to date. 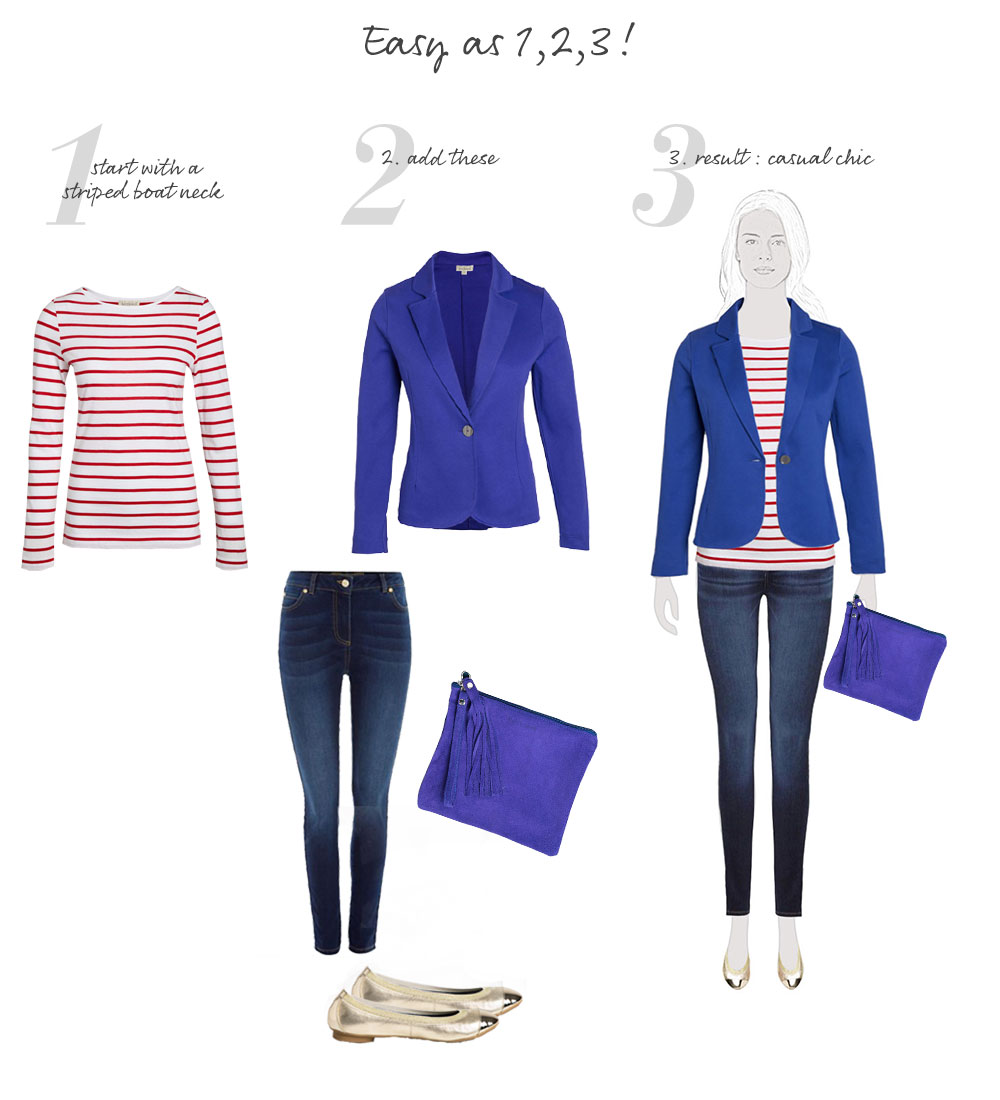 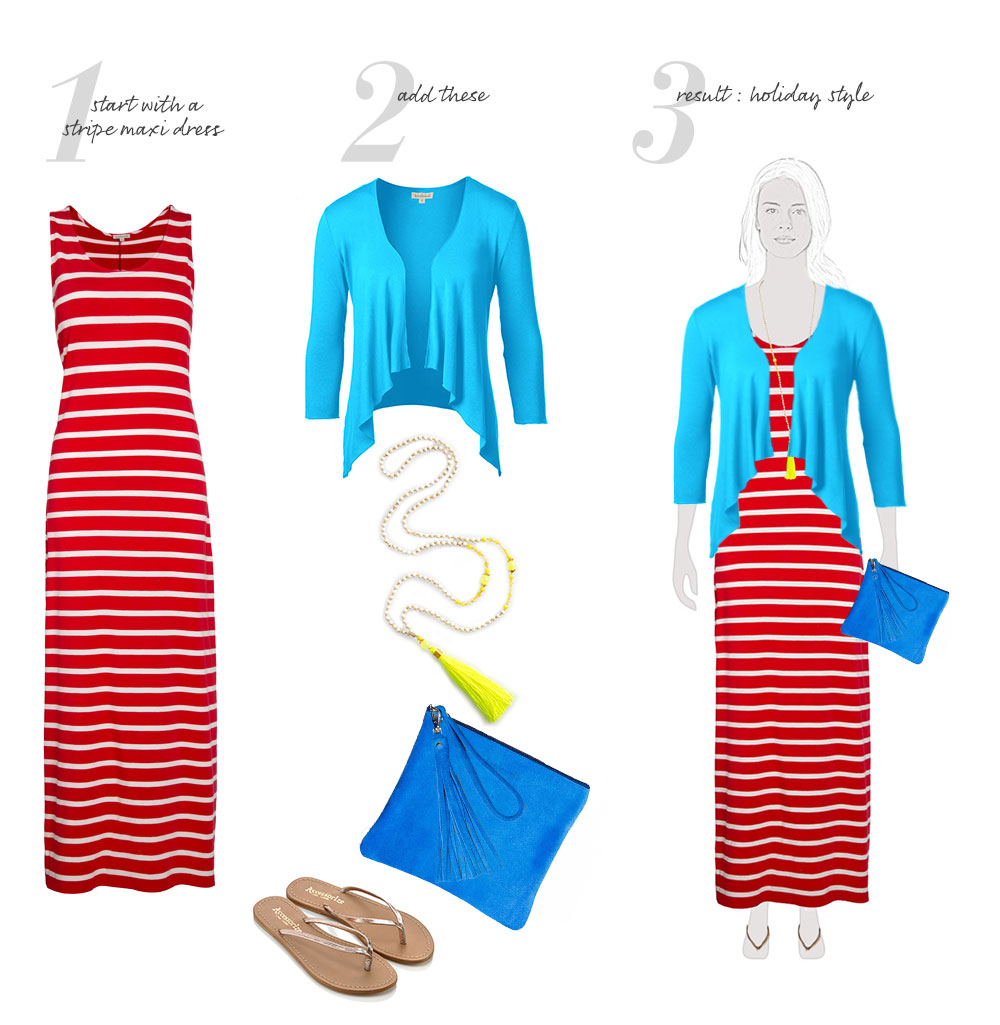 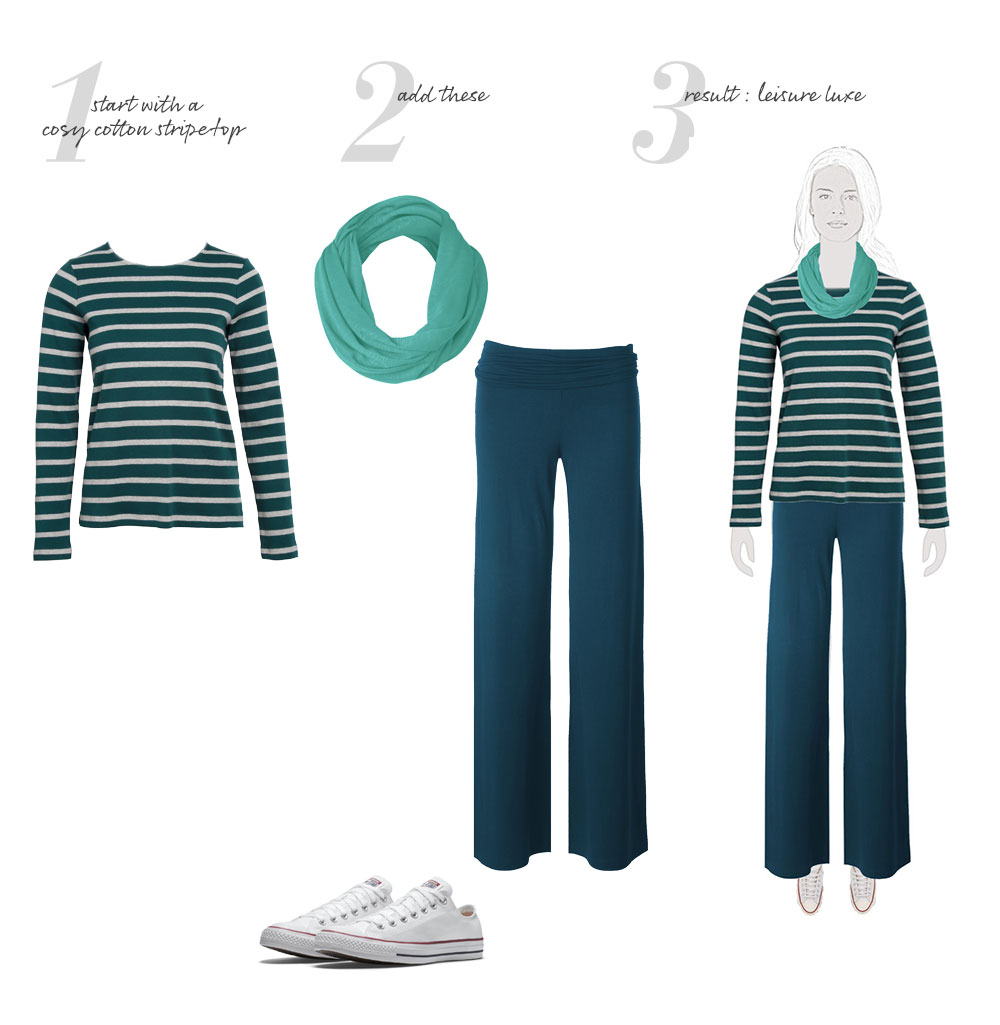 If you haven't adopted the breton stripe as a wardrobe staple yet, you probably should.