Colour of the Month - Rumba Red 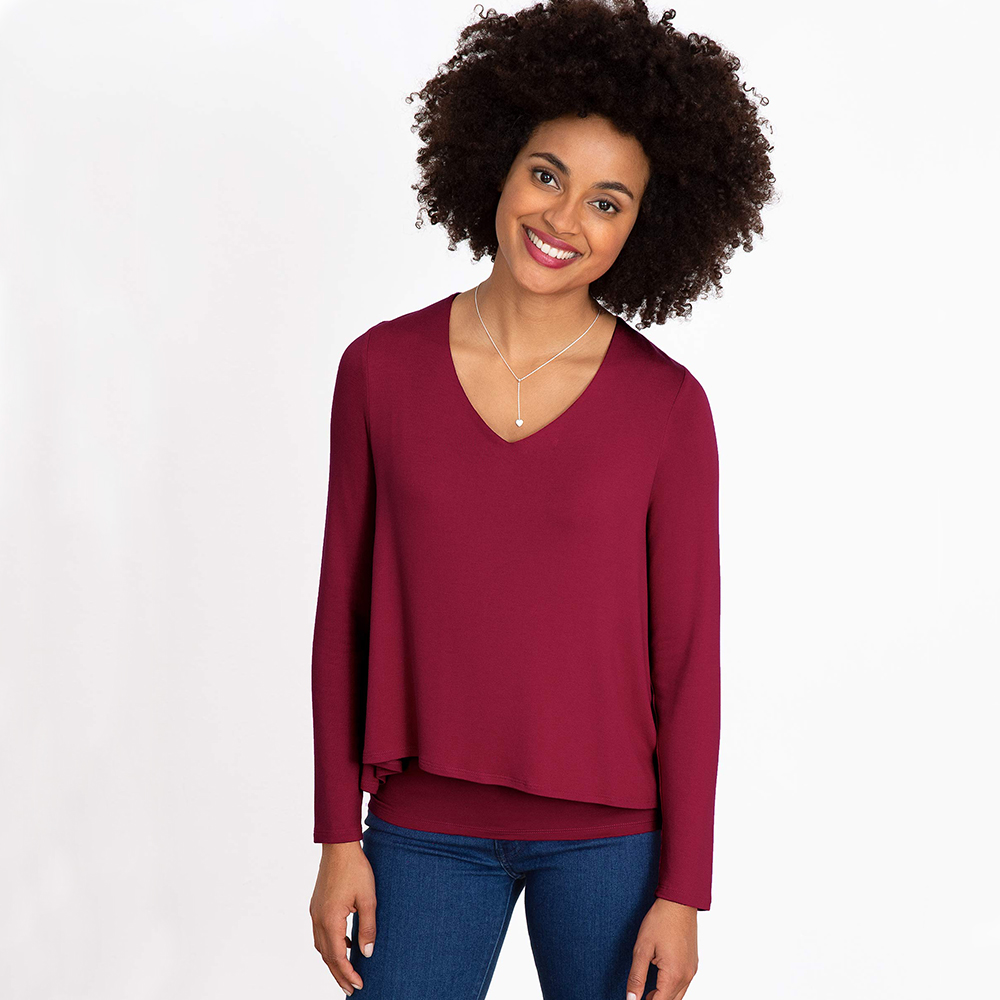 Hello November! Also, how did that happen? After weeks of mild weather, autumn is not only in full swing, but heading rapidly towards winter. Temperatures are dropping as fast as the leaves, and minds are turning from crisp autumn walks to the beginning of the festive season.

It seemed only appropriate to choose a Colour of the Month that combines the rich colours of autumn with the celebratory feel of winter. Rumba Red manages all of this and more. It's a deep, rich reddish-brownish-burgundy-ish shade which seems to change dramatically depending on what colours it's paired with. It's also the colour that presented us with perhaps the biggest seasonal coding challenge we've ever had at Kettlewell - deciding which seasons should get this one took every last ounce of our colour expertise, and countless hours of standing over the light box with swatches and drapes. 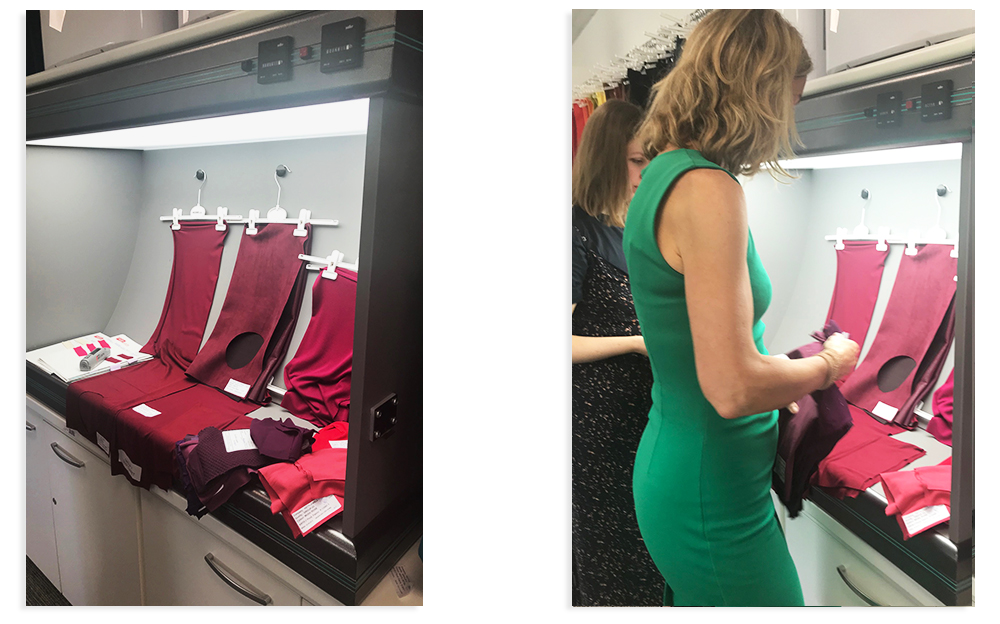 Can I wear it?

Well that's the million dollar question, isn't it? When we first sampled Rumba Red, we were trying to create a deep, neutral red, which would work for Deep (Blue) Autumns and perhaps Summers. But when the initial garment samples came through, we all agreed that along with the warm/cool neutrality, the depth of colour meant that Winters would also look amazing in this gorgeous shade. So we cheerfully coded it for Autumns, Summers and Winters, and sent our catalogue to press with that information.

However, once the final stock came through, we were forced to re-evaluate. Rumba Red appears in two fabric groups - a soft viscose knit, and a pure merino wool. In one fabric group - the viscose knit - the final production colour came out exactly as expected (a deep, almost entirely warm/cool neutral shade which works for Autumns, Winters and Summers) but on the other - the merino - it came out slightly on the cool side of the dividing line. So we took the unprecedented decision to re-code it for the website, giving it to only Summers and Winters, rather than risk an awful lot of unhappy Autumns. So if you belong to one of the cool toned seasons, this colour definitely lives in your palette.

But, we also know that there are some Autumns who can still rock this shade, particularly in that soft viscose knit, which is used for our bestselling Lulu Layer top as well as the Shawl Wrap and Willow Scarf. If you fall at the darkest, coolest end of the Autumn palette (Deep/Blue Autumns), then don't shy away from Rumba Red, particularly in that viscose. And if you live somewhere slightly warmer within the Autumn palette and still want to try this shade, it's perfectly possible to style it in a way which pulls it further into place within your palette - check the styling inspiration below for more.

How to wear it 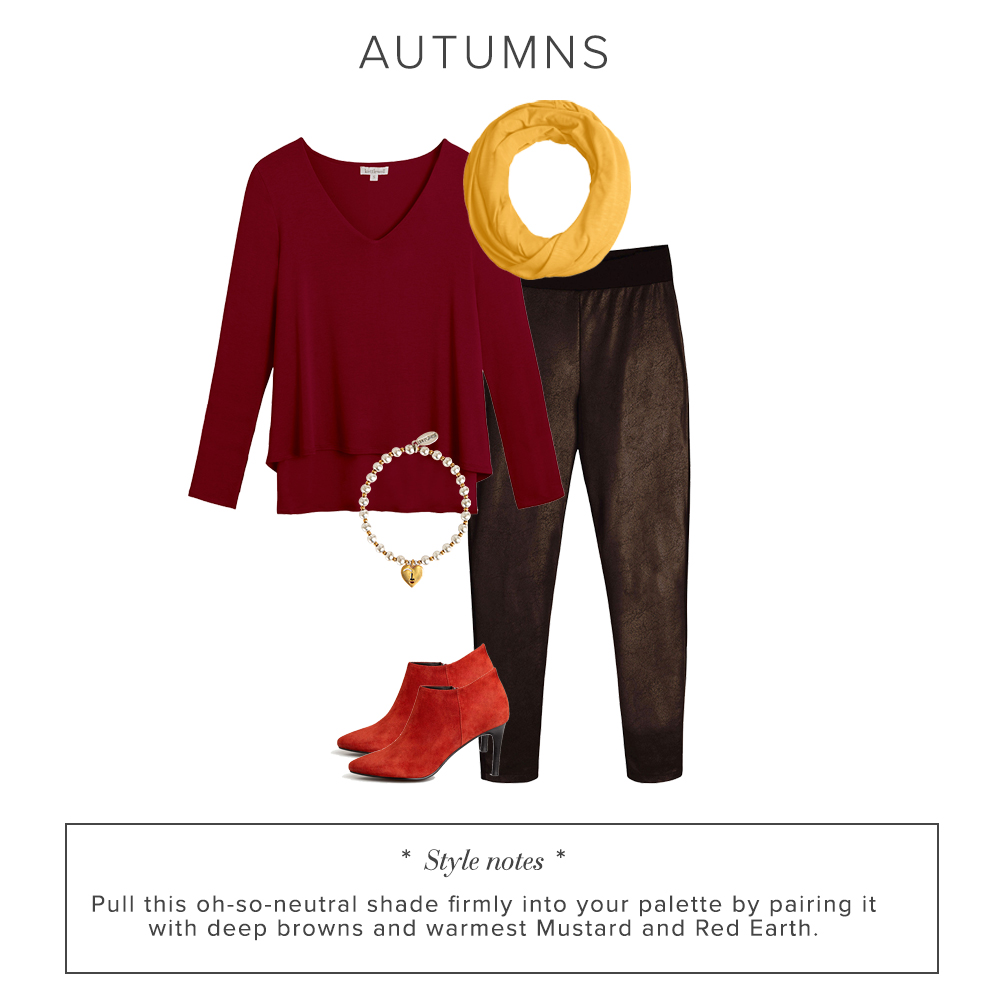 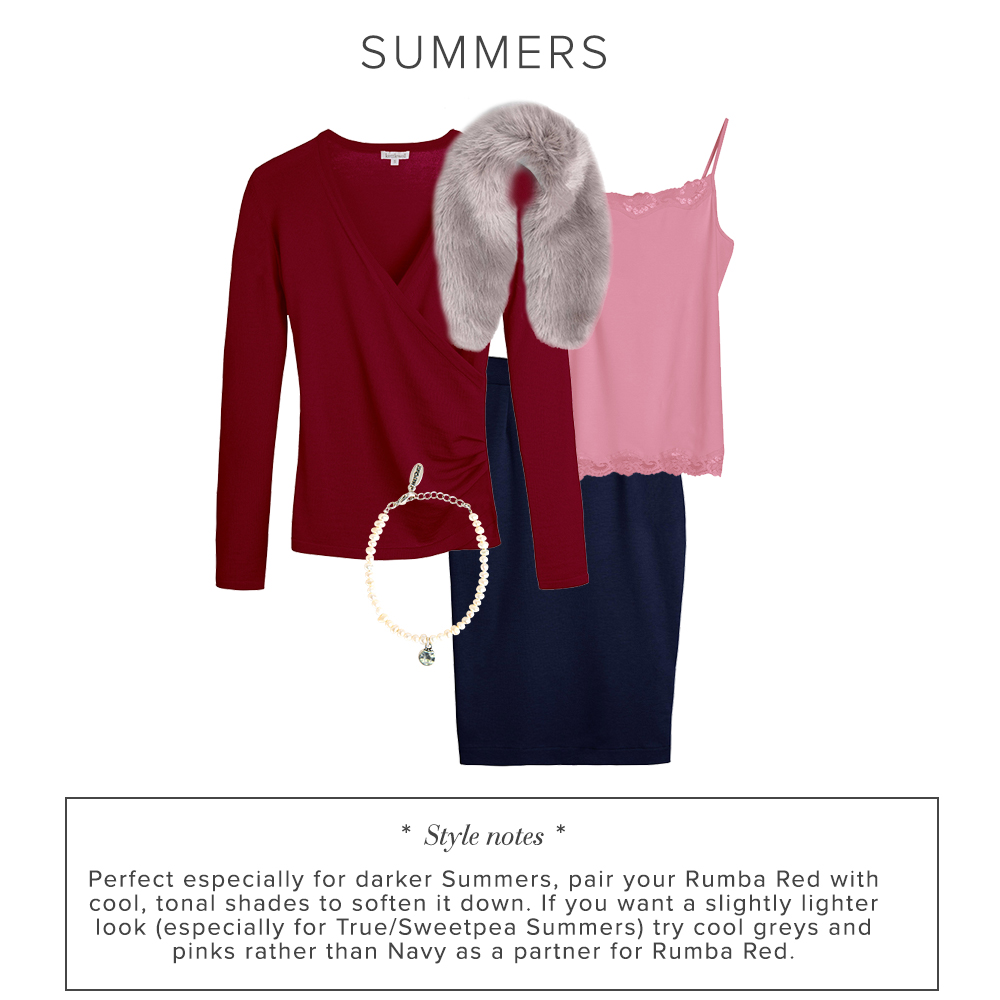 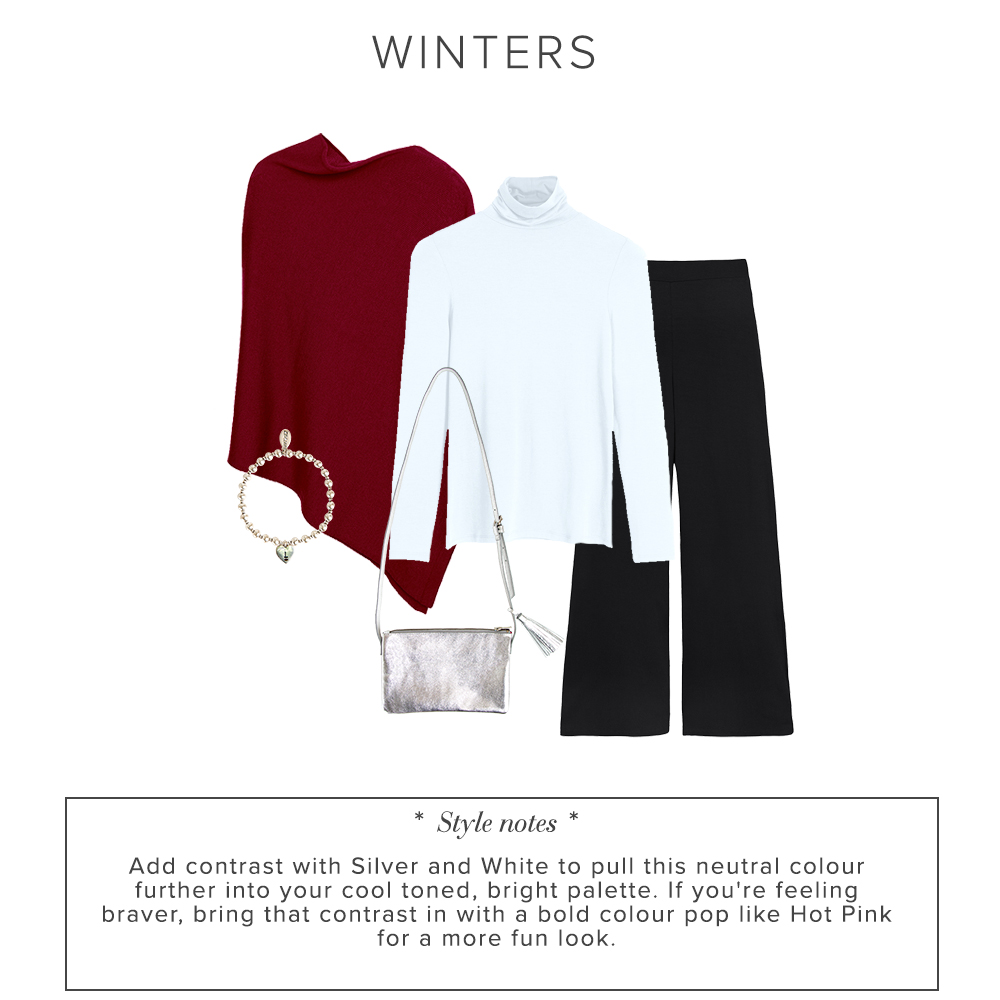 We think that the challenges that Rumba Red has presented us with epitomise the most fascinating aspects of seasonal colour palettes - those strange, unquantifiable colours which fall bang on the warm/cool dividing line and seem to belong to either all seasons or none (but look amazing when they suit you!)

If you really feel that this colour is just that bit too cool toned for you, stick instead with the richer, warmer red-browns like Rustic Red Marl and Sultry Red, or opt for full on browns like Henna and Conker.

As a Spring this rich, deep red is, well, pretty darn bad for you. Too heavy, too dark, too cool. Nothing about it feels right for your gorgeously bright Spring colouring. Stick with clearer, warmer alternatives like Geranium, Poppy and, at your darkest and coolest, True Red.

I had wondered about Rumba Red as I don’t usually go for a Red. Looks like I will be adding Rumba Red to my wardrobe - I am a cool Summer. Aren’t I the lucky one!!

Love this article I have wondered if rumba red would be suitable for me. I like these blogs they are so inspiring to go out your comfort zone. Thank you

New to your website. Love the information I got. Between LFF where I got your site and Tricia from LFF I am refreshing my look ❤️